Text submitted from Visvambar Browning, Photos from madhuha dasa
After the festival in Hartford, Conneticut we headed to Montreal for the beginning of the Canadian Ratha-yatra and Festivals Of India. We crossed the border with just the semi truck and the smaller truck, FOI's Ford F-350, stuffed with crew members. Crossing the border went swiftly with no problems and soon afterwards we arrived at the Montreal temple for a wonderful Sunday program.

Monday evening most of the crew went out with the local devotees for Harinam near Montreal's World-famous annual Jazz festival.

On Tuesday we traveled 2 hours for a fired up, Harinam at a huge festival in Ottawa where hundreds of thousands gathered to celebrate Canada day, July 1. Devotees were out all day spreading the holy names. Even when it started pouring rain the Hare Krishna kirtan went on and people continued to dance ecstatically through the rain. Afterwards we all went to the Govinda's Restuarant in Ottawa for some delicious Krishna prasadam.

The next day the crew passed time doing kirtan and helping the local devotees with a maha-cleanup of the temple in the spirit of getting ready for Ratha-yatra.

Everyone in the temple was especially inspired by Pani Bushan prabhu's nice class the previous day about Lord Caitanya Mahaprabhu's pastime of cleansing the Gundica temple. Later, in the evening, we went to Kirti Kumar Prabbhu's home for some more nectar--chanting the Hare Krishna mantra and a huge feast which was the nicest prasadam we've eaten all year. The whole crew was fed to their fullest satisfaction. 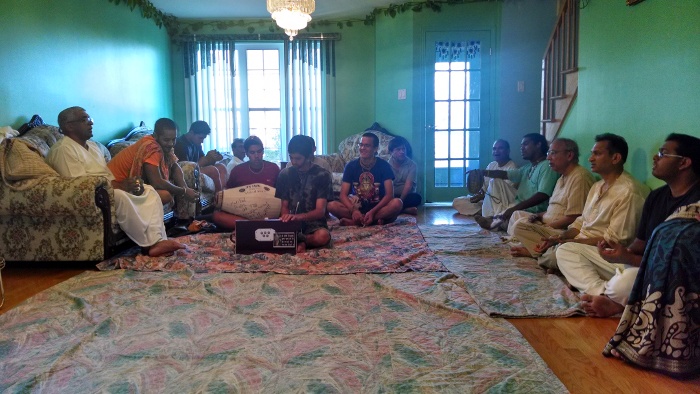 On Thursday the temple president Anubava Prahbu treated the devotees by taking us out to a beautiful lake, and in the evening we did several hours of Kirtan in honor of Sripad Aindra Das Babaji for his disappearance day.

Early Friday morning we began setting up for the weekend's festivities. Set up went very swiftly and two new devotees joined the crew, Premanjana Prabhu who lives in Sharanagati and Nitai Chandra Prabhu from Australia.

In the evening we met up with summer trip boys for a jamming Harinam through the streets of Montreal. Take it to the streets ki Jai! Harinam Sankirtan Ki Jai!

Saturday was the first day of the festival. There was lots of wonderful performances which included a drama by the Boy's Summer Trip (traveling in the Krishna Culture Youth Tour Bus--Manorama Prabhu and the ISKCON Youth Ministry), a magic show by Dattatreya Das, Bharatnatyam dancing, and of course lots of ecstatic Hare Krishna Kirtan! 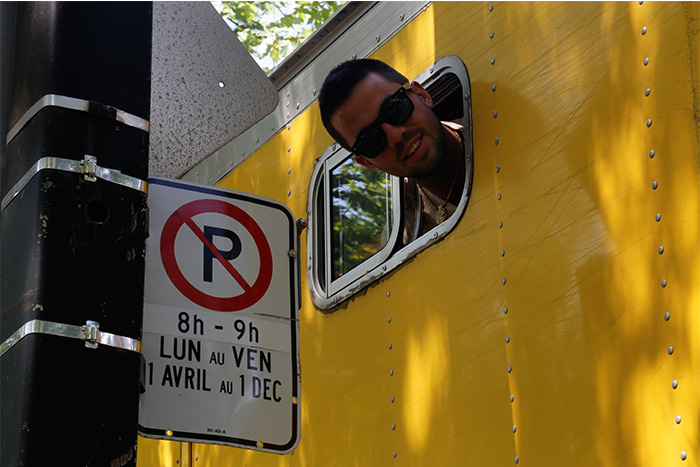 Nitai Chandra Prabhu in his new bunk in the FOI trailer-ashram--clearly in ecstasy. Hare Krishna.

The day of the Rathayatra was beautiful and sunny. The parade started around noon and went for 2 hours. Many devotees took turns leading the kirtan, which was non-stop rip-roaring and totally fired-up. The devotees chanted and danced in ecstacy as they made their way down the streets pulling Lord Jagannath's Cart. The festival quickly attracted many locals and several thousands of people were lining up to receive Lord Jaganath's prasadam. 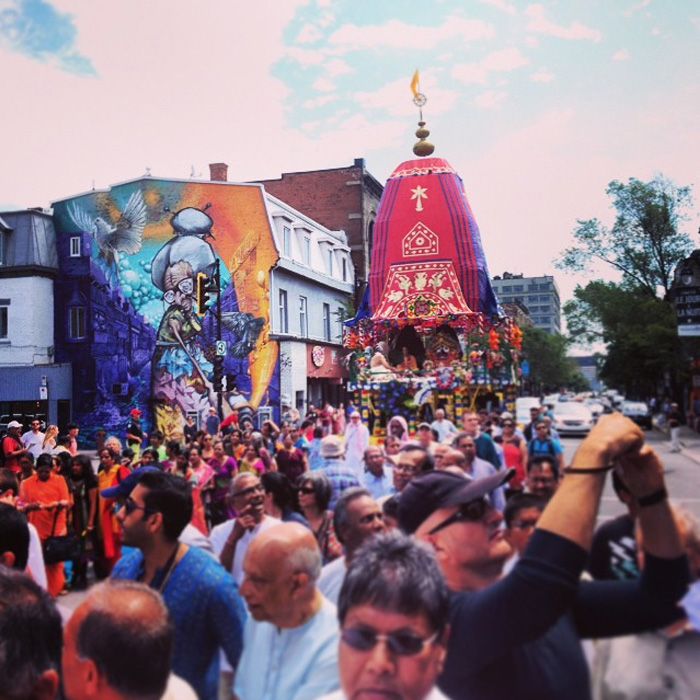 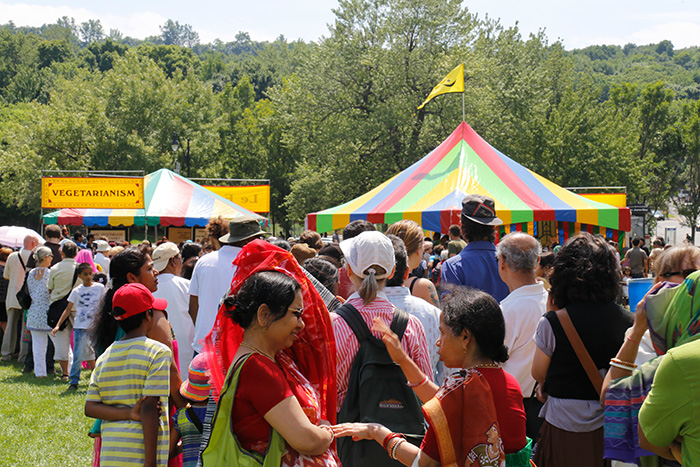 All Festival of India's exhibits and banners are in French for the Montreal Programs. 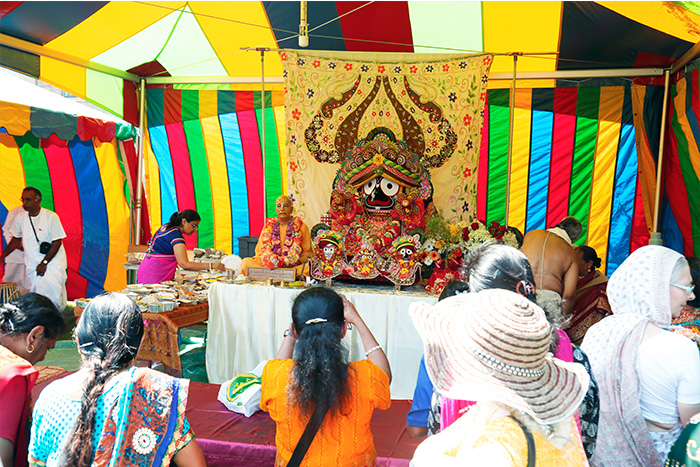 In the evening, as Rajasi, a mantra rock band from Ontario, was playing, we began taking down the festival. With the help of all the summer trip boys we were all packed up in no time and headed back to the temple for an amazing feast of lazagna and ice cream. By 1:00 am on Monday morning most of us were able to take rest, so we could prepare for the trip to Toronto. You'l be able to read about that in about a week....Hare Krishna