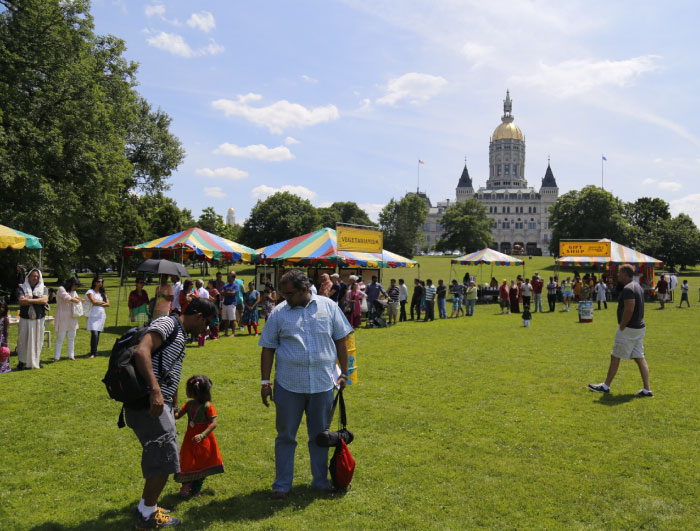 We arrived at the festival site @ the Bushnell Park in Hartford, Connecticut, just below the Capital building, around 4 in the afternoon. After we arrived we enjoyed delicious Prasadam prepared for us by the temple and immediately afterwards we began set up. Some of the crew had arrived earlier and laid out some of the tent frames. Once the whole crew was engaged in service we placed all of the assembled tents in their respective locations and we tied them down for the night. Afterwards we took dinner, Krishna Prasadam, and washed up in a nearby hotel room that we booked. 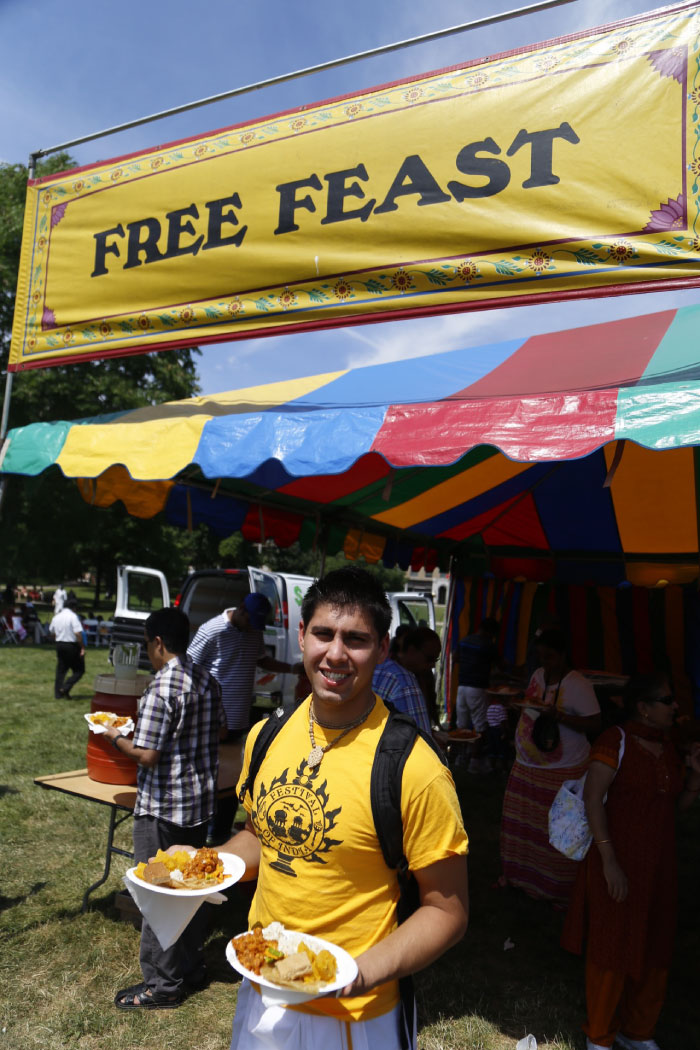 Above--Radha Madhava carrying all the prasadam he can. When the prasadam is as good as it was in Hartford, we wish we had four arms so we could carry four plates of prasadam. Hare Krishna.

The next morning we resumed set by setting up the panel exhibits, installing the sound system, and putting up sidewalls. After the site was finished devotees came in and began to set up their stands under the tents such as the transcendental book table, Govinda's gift shop, and of course the free feast. Everything was ready by noon. Meanwhile the crew prepared themselves for the Ratha Yatra which began at 1:30 pm. The single cart carried their Lordships Jagannatha, Baladeva, and Subadra around the park in which the site was located. 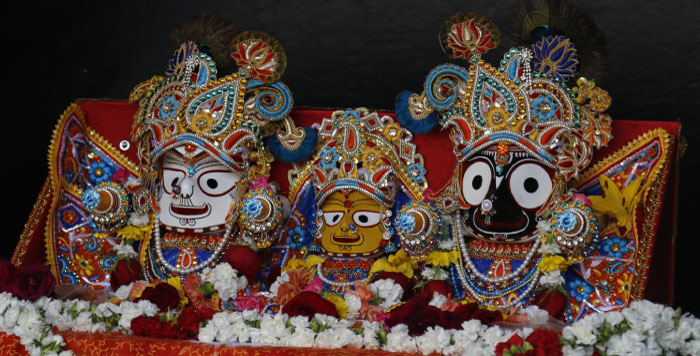 The procession began in front of the Capital building of Hartford and would go for about an hour as lord Jaganatha watched his devotees chant in ecstasy with their thunderous kirtan. The parade came to an end after one circle around the park and then the deities were brought down to the festival site and installed in the special tent. 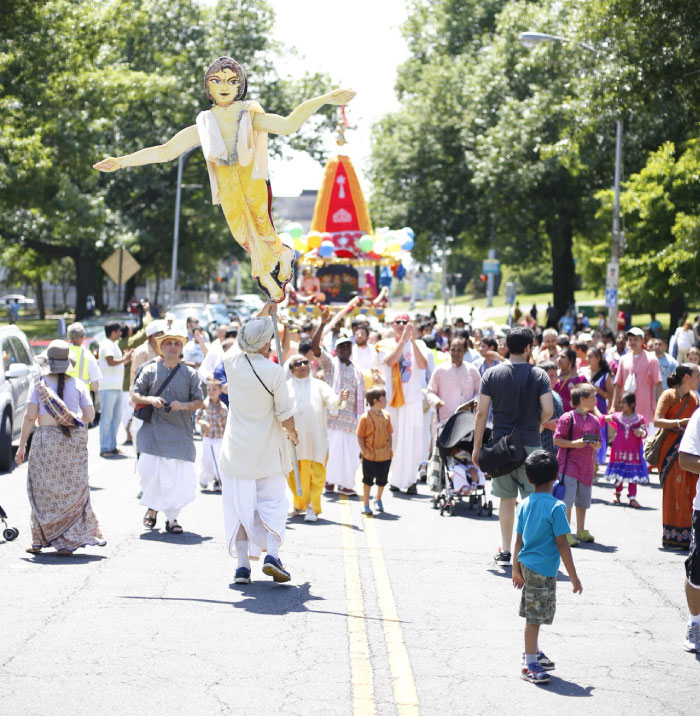 Even Mahaprabhu was dancing in ecstacy in the Hartford Parade. Hare Krishna. 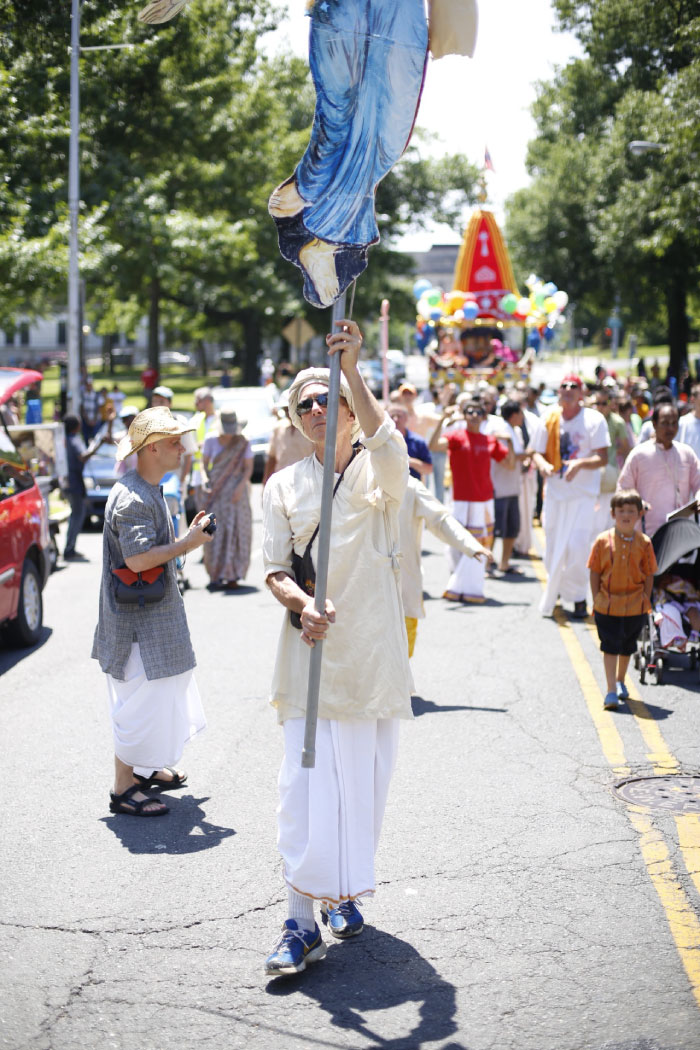 With the deities at the site the festival began with kirtan, classical dance, and dramas for entertainment. Large numbers of people lined up to enjoy Lord Jaganatha's prasadam and plenty of visitors were introduced to the holy names of the lord via books, spoken word, or exhibits. 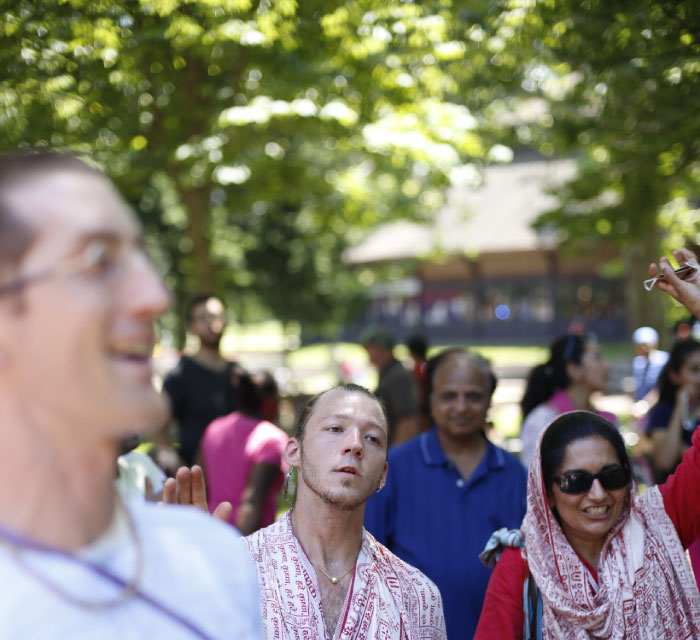 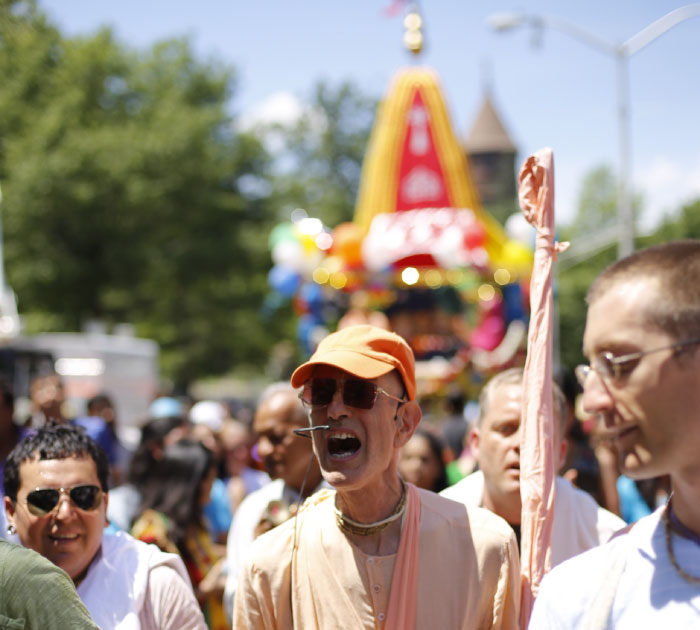 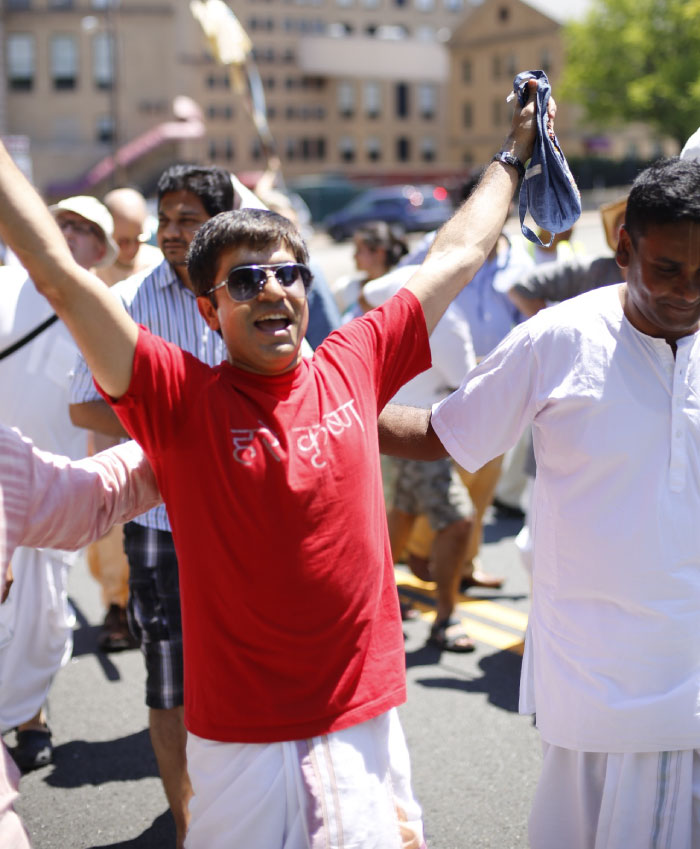 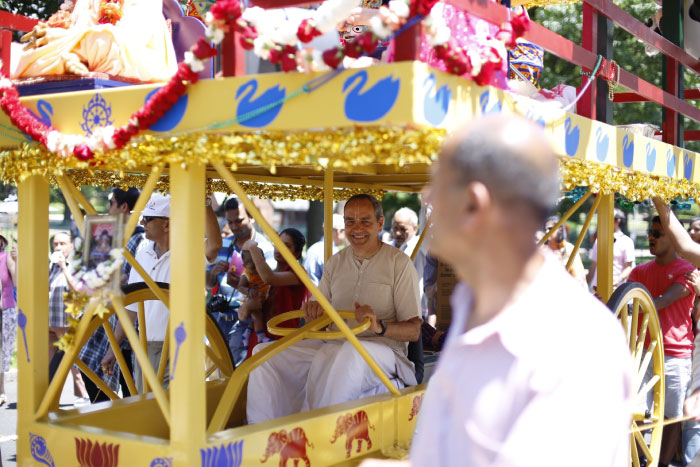 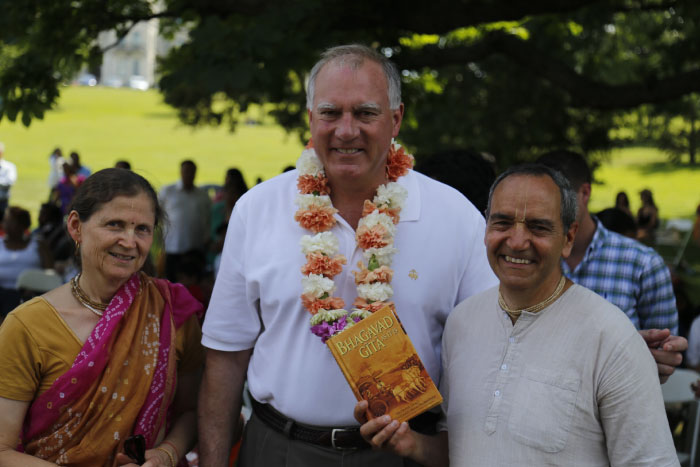 By 5:00 pm the festival began to wind down and soon we began take down. We started by storing the panel exhibits back in the trailer and after the devotees cleared the tents we began to untie the ropes holding them down and carried the tents towards the trailer for take down. The team moved like clockwork and within two hours we had the entire site cleared. With our service done we had some Prasad and settled down for the night.

Early Sunday morning we washed up amd were on the road to Montreal by 8 o'clock. An FOI veteran, Pralad, left us with the van to attend to some personal engagements. The drive to Montreal would take 6 1/2 hours (including a border crossing) and we stopped on the way to buy bhoga for our breakfast Prasadam, consisting of fruit and yogurt.

We look forward to going back to Hartford in the coming years, and watching this festival grow.

Eventually we arrived in the province of Quebec, with the smaller truck arriving prior to the semi-trailer at the Montreal temple.