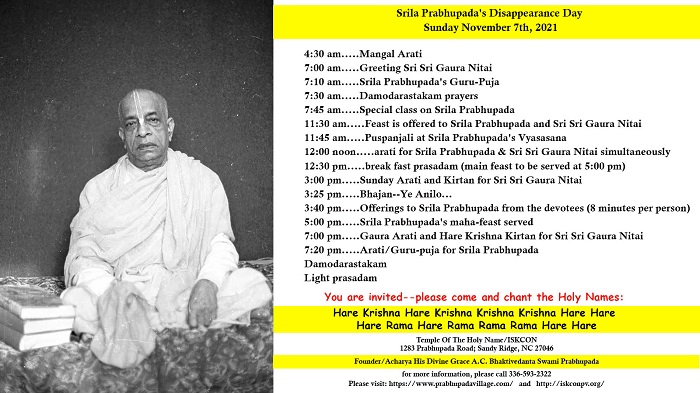 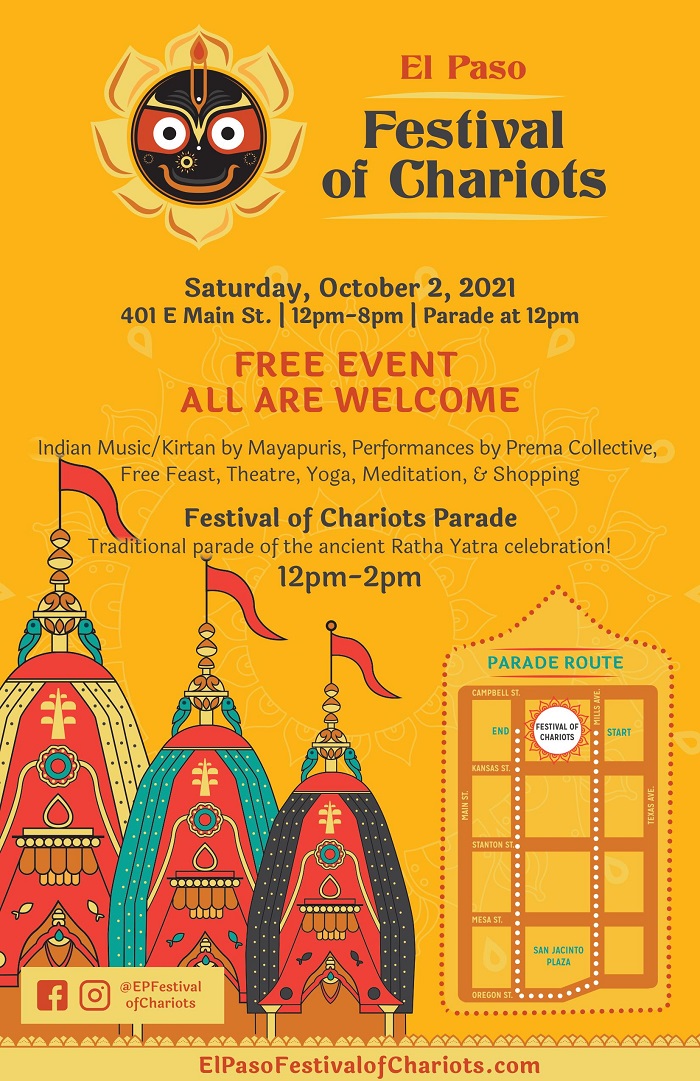 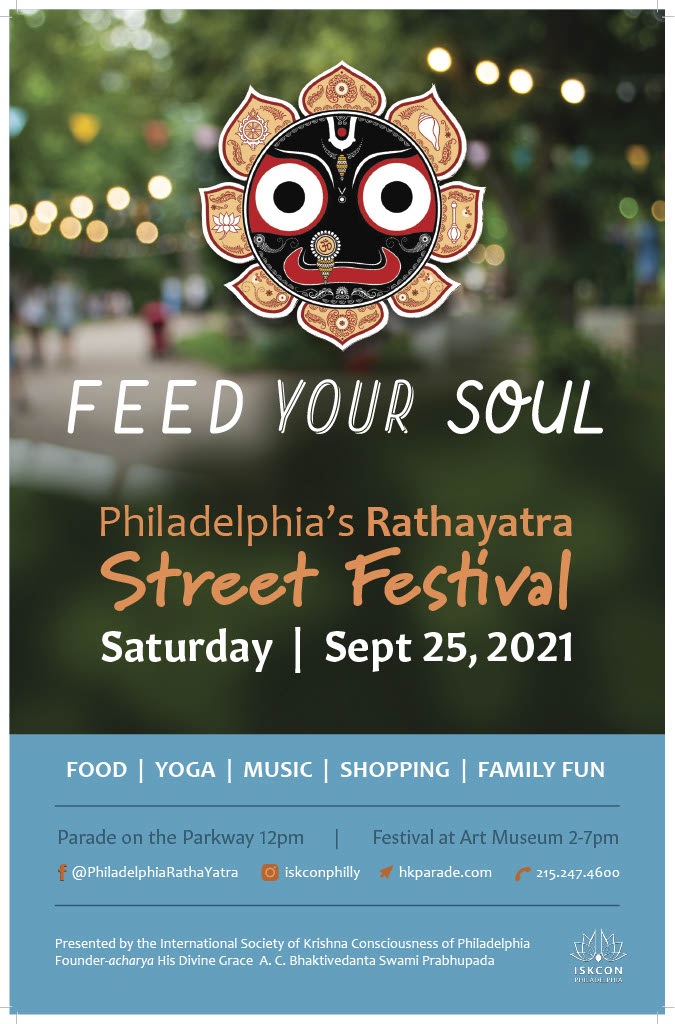 Pier 60--Clearwater Beach, Florida / Saturday September 18th, 2021
Festival of India will not be there, but the Ratha-Yatra parade will go on!--Please call Bhadra Prabhu for details on this program: 352-316-4560 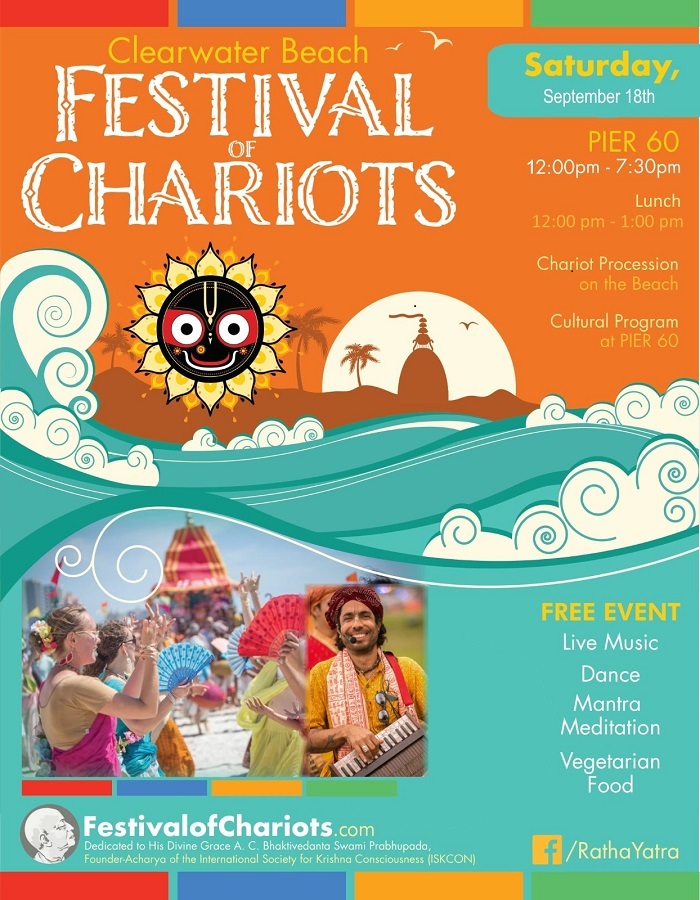 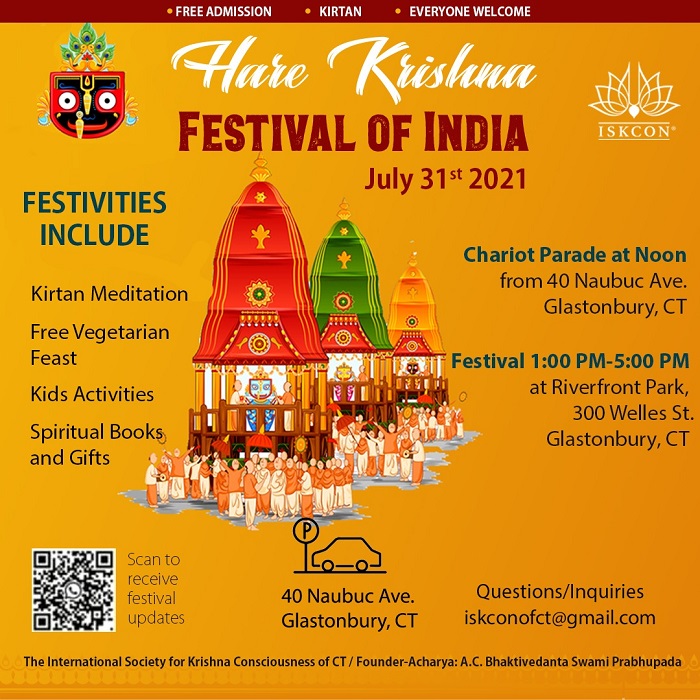 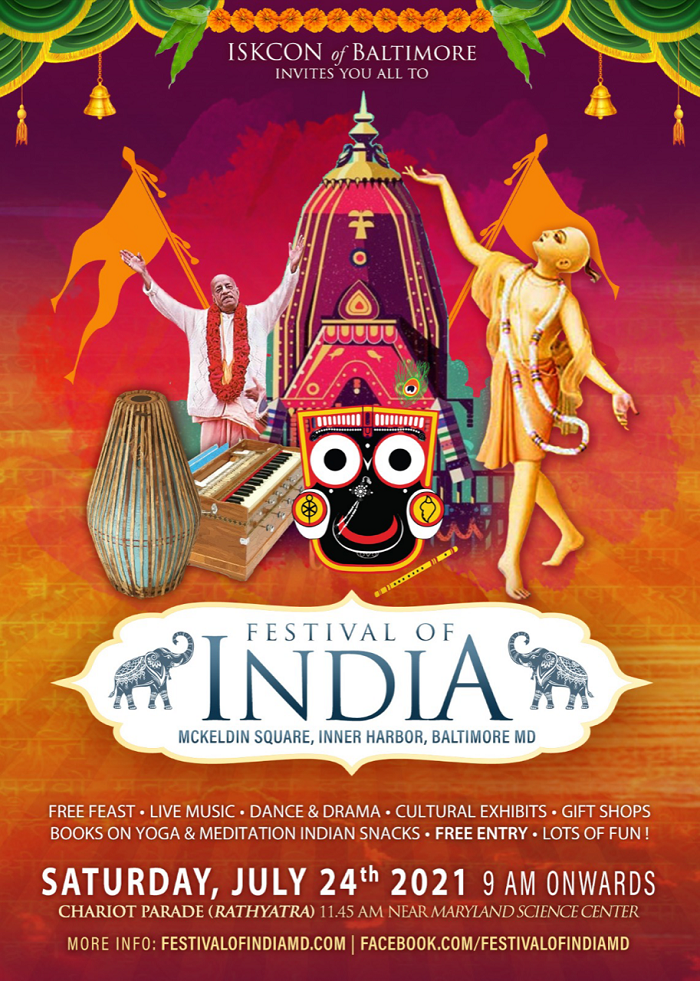 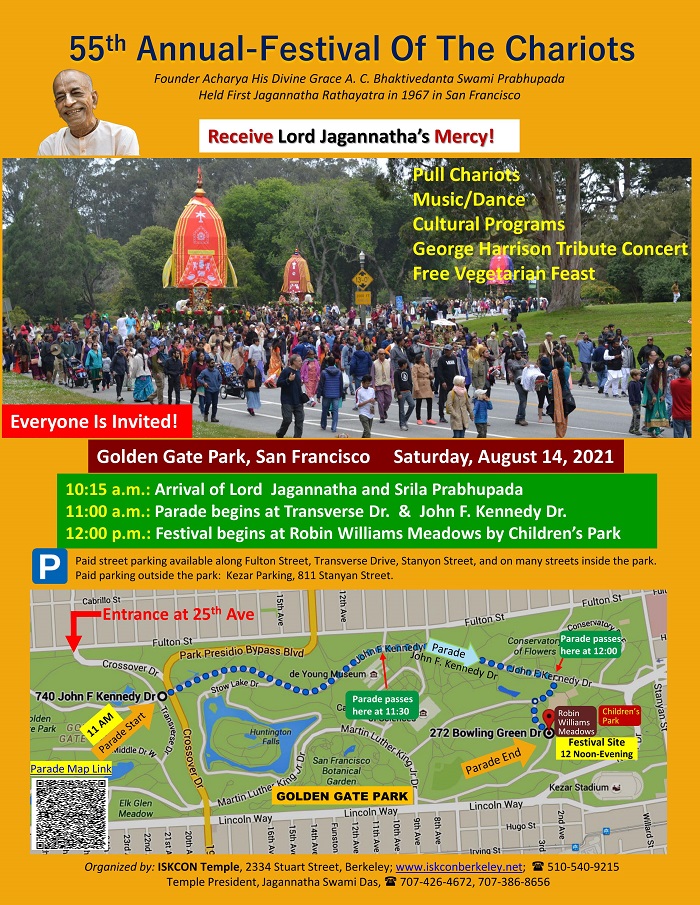 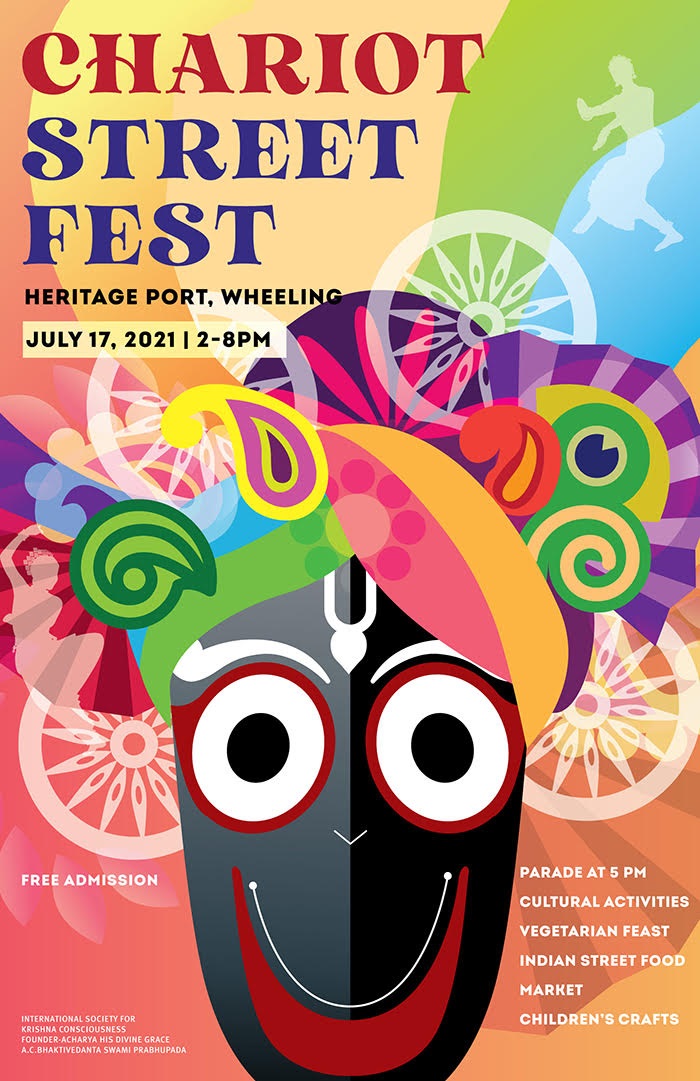 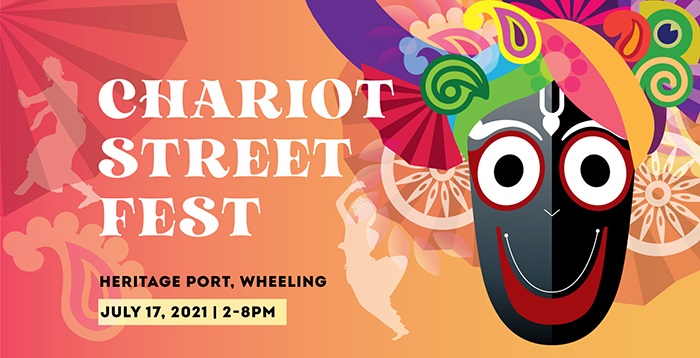